A Track of the Day should stand on its own — and with Laura Marling’s haunting, folk-esque tones and the low strumming of minimal accompanying instruments to enhance a vocally-strong tune — “Night Terror” certainly does. But it says something extra about a song that can pair itself well with a visually-charged music video; and Laura Marling does not disappoint.

For a song about a woman and her troubled lover, the nearly all-black music video sets the scene for summoning haunted visions; and Laura Marling herself  takes the stage, looking reminiscent of a 1920’s starlet. The grainy film watches her blank, pale face as she walks through what one can only imagine is a nightmare — swaying, disturbing masked faces echoing her steps, lurking in the alleyways and rooms she walks. This aptly named track, “Night Terror,” evokes a Strangers-esque chill, a certain sense of foreboding punctuated by eerie, sharp violin sounds. This is the perfect tune for a night alone in a storm, or as the back-drop for your own Stanley Kubrick-inspired screenwriting session. Either way, “Night Terror” is sure to stick with you.

Hampshire, England-based Marling’s “Night Terror” comes off of her 2008 debut solo album, Alas I Cannot Swim, which was created after her brief stint with a previous band, Noah and the Whale. The reviews of Marling’s first album were generally favorable, noting her “raw honesty” and true simplicity of vocals and minimal instrumental additions only lending favors to Marling’s natural melancholic tone. Alas I Cannot Swim was nominated for a 2008 Mercury Award, and went certified gold in the United Kingdom. Marling has gone on to create four more albums, including her upcoming studio album, titled Short Movie, which will be released in March in the United Kingdom. 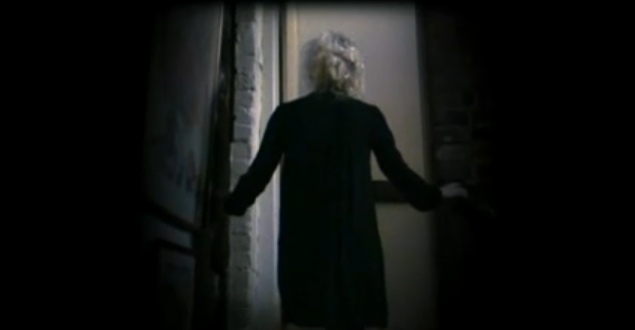 Tags: laura marlingtrack of the day

Lindsey joined Sensible Reason in February of 2014 and has been policing the perfection of tenses and capitalization ever since. After graduating Binghamton University in 2013 with a BA and MA in History, she moved to Brooklyn in the hopes of pursuing a career in publishing. An avid writer, Lindsey spends most of her free time working on her own fiction and op-ed pieces, while also contributing regularly to Sensible Reason. When not at work or writing, Lindsey can be found playing with her bunny, Jack, exploring the Big Apple, and putting too much creamer in her coffee.