Response to my Critics: For my Criticisms of Occupy Wall Street. 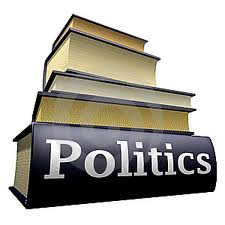 This was in response to a critique of a blog post, found here, on HeadCount.org’s blog, found here.

I was not at all suggesting that I analyzed all of the protesters’ demands. I was taking a cross section of what I consider misunderstood information. Contrary to what the response assumes, I am not right-wing. In fact, I support socialized healthcare, free higher education, closing tax loopholes for corporations, taxing investments at the same rate as payroll income and even a higher rate of taxes for the super rich.

As for China, this was merely a suggestion of something for the protesters to focus on instead of bothering low level brokers and bankers who work at the stock exchange.

Really, most people missed the whole point of my blog. It’s not that I disagree with many the goals of OWS, because I don’t. It’s more that I don’t see a point at getting mad at big business. If you’re a venture capitalist, you understand that businesses exist for the purpose of making a profit. People seem to be really angry that these businesses are acting unethically or, as some claim, illegally.

These companies, however, are not the ones making the laws and regulations governing business. Yes, it can be argued that business interests control politics through campaign contributions and lobbying, etc. Well if the protestors are, as they claim, the 99%, then this should not really be an issue. Heck, even if they were 55% it wouldn’t really be a problem. They can elect politicians that will not bow down to corporate interests. (Ron Paul is an example of someone who stays by what he says. While he certainly would do the opposite of what the protesters are calling for, this is just an example of, in my opinion, an uncorrupted politician.)

But let’s say that politicians and bureaucrats do have at least some independence from corporate America. Then why are these protesters not rallying against politicians for this incompetence in creating financial regulations where loopholes exist and it’s common practice to exploit them. And if the protesters think that these companies broke laws, then protest outside of Eric Holders’s office to indict them for their crimes.

And really I’m only addressing a few issues because my point is the same for all of them. Which is why I was so brief in my treatment of topics in my blog post. These protests seem to be aimed in general at the wrong people. The results that many of the protesters are looking for require a change in conduct from actors outside of those who are being lambasted by the protesters.

I wish the protesters well, but general anger protests– even leaderless protests, in a highly socially-networked society– are just subject to being hijacked by the faction with the best organization. I’m just looking for the protesters to ask for something concrete because the changes that they want will require them to come up with the answers. Because relying on the establishment intuitions to answer their grievances will just result in more of the same Bush>Clinton>Bush>Obama. Really, what’s the difference? If the protesters want real institutional change they need to pressure those in power to fall to their demands, and not expect the same policy makers who created the problems in the first place to suddenly be able to solve their problems. Otherwise, I guess this is a revolution.
Edited by:Mikalena Kenyon
Like this or use the bottons below to share:

Greg Sarafan founded Greg Sarafan’s Sensible Reason in 2007. He started blogging for HeadCount in January 2011. Soon after he organized and ran a small but successful charity festival called Binghamtronica to benefit HeadCount and OxFam America. He is a Team Leader in NYC as well as Artist Relations representative for HeadCount. Greg has BAs in political science and art history from Binghamton University. Greg has a J.D. as well as a Certificate in Intelectual Property, Media and Privacy from Brooklyn Law School . Greg also volunteers for OxFam America as a Concert Outreach Coordinator. In 2009 Greg presented his theory of Artistic Stylistic Transmission in the Royal Mughal Atelier at an art history symposium at Ohio State University.