Omaha Diner Turns Out The Hits

Not many bands can segue from Van Halen to The Osmonds with seamless dexterity, but then not many bands boast the impressive pedigree of Omaha Diner, who did just that at their inaugural gig at The Cutting Room, courtesy of CEG Presents. The entirety of their succinct, oft haphazard set was comprised of songs from the apex of the Billboard charts. The improv collective, comprised of veteran jazz circuit players Steven Bernstein, Skerik, Charlie Hunter and Bobby Previte, seemed to delight in forgotten left-field picks as much as the crowd-pleasing recognizable hits. 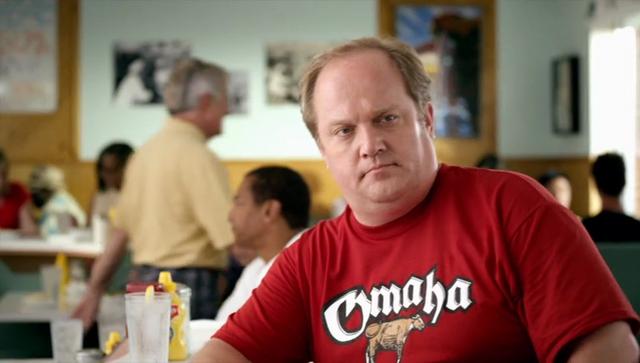 The instrumental nature of the group, combined with their deconstruction of the tunes—often merely interpolating a recognizable melody amidst a carefully calculated free jazz romp—created a perpetual audience guessing game. Was that the Backstreet Boys? Do I detect a hint of “Good Lovin'”? The refrain “What song is this?” echoed dutifully throughout the ruefully truncated set, as the pop music knowledge of the crowd was repeatedly tested.

The answer to that question ranged from Adele’s “Set Fire to the Rain” to The O’Jays’ “Love Train” to a rollicking penultimate take on Beyonce’s “All The Single Ladies.” The Rolling Stones were represented, as were Hall & Oates and Maroon 5. With many of these songs repeated ad nauseam in clubs and on the radio, it was refreshing to hear updated versions by competent players. Despite two rehearsals (an anomaly for Bernstein), the musicians were a bit sloppy at times, but made up for it with their exuberant stage presence and undeniable chops.

Well-suited to such a tribute was the venue itself, a veritable cathedral to rock and roll with a towering guitar chandelier and reverent portraits of deities from Lennon to Hendrix. Although it is better suited to seated shows with the front-of-stage area and prime balcony viewing spots consumed by dining tables, there are plenty of nooks and crannies to shake it like a Polaroid picture. You would be well-advised to check out another all-star jam collective when Everyone Orchestra rolls through next month.

Give the show a listen with three AUD recordings to choose from HERE.

Omaha Diner To Reconstruct Top 40 Hits
CEG Presents has a penchant for classic tunes that generally skew towards rock, but next month the venerable promoters will bring together a super group of sorts to reconstruct tunes ...
READ MORE