The Cityfox Experience Returns To The Brooklyn Mirage With Stacked Lineup Saturday, July 7

Like this:
After kicking off the summer with their massive ‘REGENERATE’ season opener in May, unique event curators The Cityfox Experience are back for round two at New York City’s most influential outdoor space, The Brooklyn Mirage. The Bushwick venue has been the hottest destination in New York this summer, with iconic artists like Jamie Jones, Seth Troxler and Mikey Lion all making appearances. The midsummer event, which will bring Andhim, H.O.S.H., Rodriguez Jr. (Live), Steve Bug and more for a late 4th of July celebration, touches down Saturday, July 7 with tastemakers from around the globe alongside some of Brooklyn’s finest.

Grab Tickets For The CityFox Experience On July 7 Here

The Cityfox Experience’s second instalment for the summer gives a healthy dose of house and techno with its diverse lineup, with nearly half the artists presenting special live sets. Headlining the roster is Germany’s own Andhim, the energetic, self-described “Super House” duo who have earned releases with widely respected imprints such as Get Physical, Terminal M and more. They will be joined by recent Ibiza transplant H.O.S.H., who shared his hypnotic “Blinded” collaboration with Tim Engelhardt in May, and Rodriguez Jr. (Live), the out-of-the-box beatmaker and piano aficionado of mobilee records while has collaborated with fashion trailblazers like Hugo Boss and Gucci. Rounding out the lineup are Germany’s Einmusik (Live), Matthias Meyer, No.19 label head Nitin, Patlac, Global Underground’s own Oliver Schories (Live), Poker Flat Recordings’ label head Steve Bug, Brooklyn favorites Brian Cid of ENDANGERED, Fiction co-founder Gilles Wasserman, and rising producer Navbox. 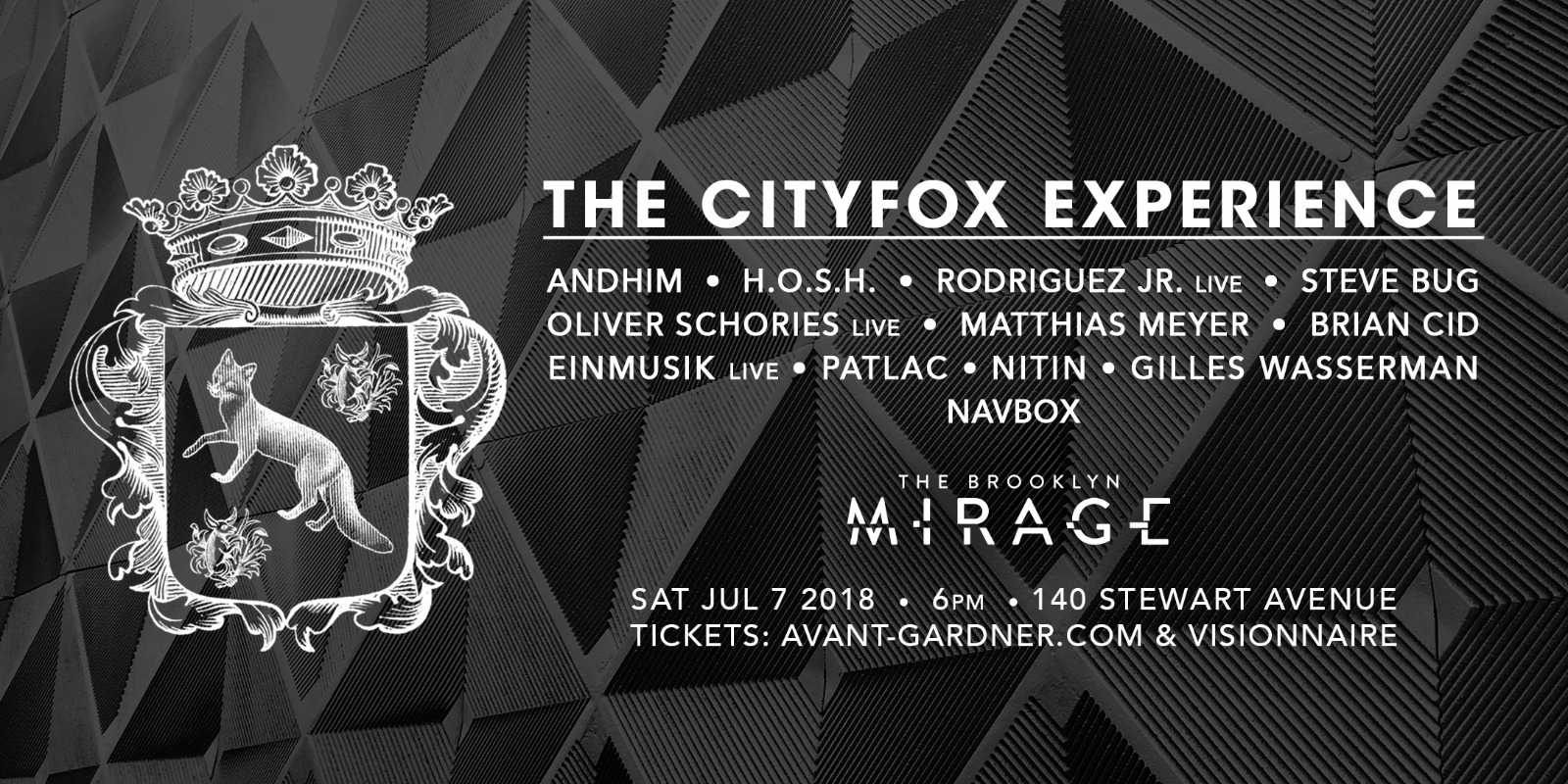 Featuring top of the line production which includes 3D video projection mapping, a KV2 sound system and dazzling lighting, The Brooklyn Mirage is tucked beneath the omnipresent views of New York City’s skyline. As one of the stand out events of The Brooklyn Mirage’s season, don’t miss the second to last Cityfox Experience to dance the night away at one of New York City’s most impressive outdoor venues.
Like this or use the bottons below to share: