This Friday, the month-long Blue Note Jazz Festival will bring internationally renowned world music collective Yemen Blues to the Highline Ballroom, where they will perform music from their upcoming album INSANIYA (humanity) produced by Bill Laswell. Formed in 2010 by singer/composer Ravid Kahalani, Yemen Blues has toured the world on the strength of their multicultural international sound, which draws heavily from its namesake. Infusing traditional Yemenite folk music with influences from African rhythm and U.S. blues and jazz, the collective has been enthralling audiences with a fresh musical cocktail apt to incite ferocious bouts of dancing. Singer Imani Uzuri will open the show with a similar melting pot of styles, rooted in North Carolina gospel spirituals and drawing inspiration from a lifetime of globetrotting. 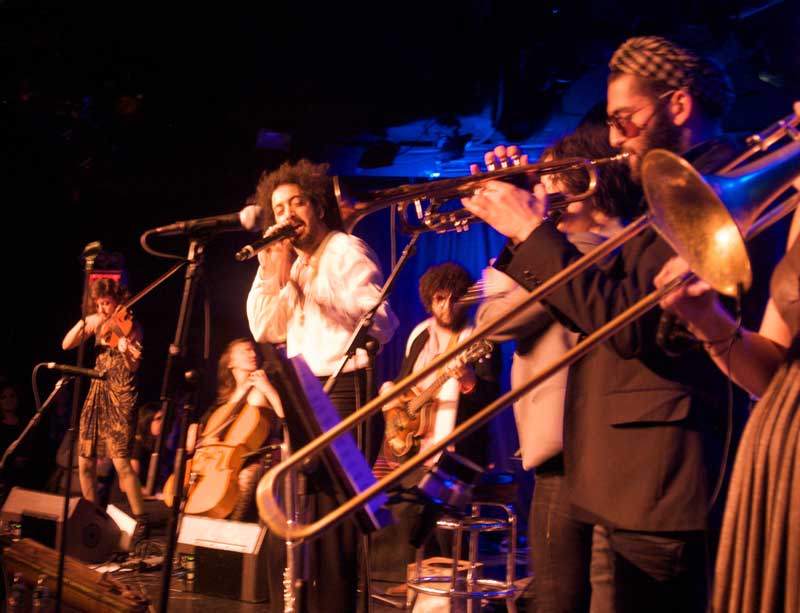 Check out the rest of the Blue Note Jazz Festival lineup HERE.
.